Hey there, let's get back in the days.... ’96, Celtix was born with Matt on Vocals & Slap, Fred on Vocals & Guitar and Joce on drums. After few months on writing songs and practicing the band was ready go out. Celtix played at a “cine-concert” competition and won! The first price was two days in studio. With the recording done on a good old 8-track tape recorder, Celtix gave it to a friend of them who knew a guy who knew a guy who had a friend who knew Fred Skarface. This dude was releasing compilations sorted by certain kinds of music with French bands only. So Celtix had The Devil On My Back on the French psychobilly compilation Rocking With The Frogs. At the same time, they played a couples of gigs, the band was well received.

A short time after the release of this compilation, in ‘97 Celtix was contacted by Guido Neumann from Crazy Love Records himself, offering the band the release of a full-length album. Ouch! So let’s get back to the studio to record So Nice To Be Wicked. This time it was on a 16-track tape recorder! Celtix spent no more than a week to make this album. A budget is a budget! They had no experience in that kind of thing, they were just 20-year-old kids. Three little Frenchies from a small and forgotten town recording their first album ever! The guys did there best. It was all about having fun and enjoying those moments. They were proud and jumping around! Dream comes true. But, shortly after the CD release Fred left the band. Matt and Joce tried to convince him to get back with them. There was nothing to do. Sad but true. At this time, Joce and Matt were so disappointed. How to find a new guitarist now, apart from this happening just a few months before Matt moved to Paris. Celtix simply split up. At this time they couldn’t imagine how Celtix was appreciated, in there minds they were just a small band from a small city.

2019, 23 years after the recordings, Matt was asked about releasing So Nice To Be Wicked on vinyl, so he contacted Guido to talk about that. He told Matt that he had the master for the LP right on his desk. It’s something he had wanted to do for a long time. April 2019, So Nice To Be Wicked was out on vinyl. At the same time Celtix decide to retun with a new line up Matt on Vocals&Slap, Joce on Guitars & B.vox and Seb on drums & B-vox. May of the same year they played their very first gig with Mad Sin. Since that Celtix played few gigs and recorded late 2019 a 5 tracks EP, “Psycho Of The Night” which will be out in April 2020 on Crazy Love Records ! Let’s say that Celtix is back at it ! 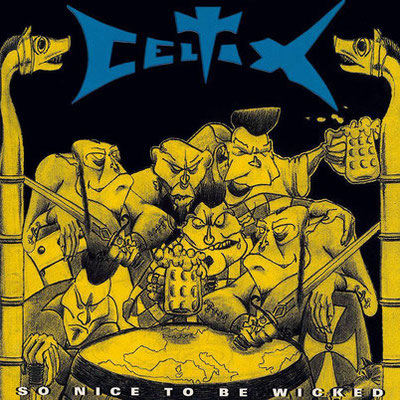 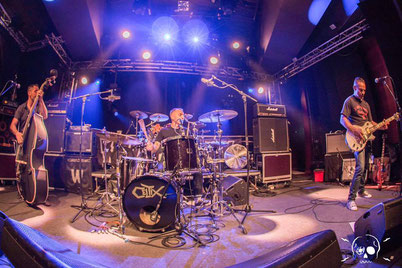 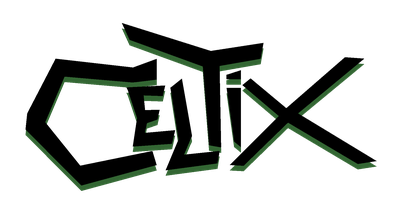 Ady put on her red high wheels in 2018. She plugged her guitar and started to play electric riffs with Bastien FLORI on doublebass & Sebastien BROSSILON on drums. Then, a unique kind of Rock'n'Roll was born. They lead you to the "crossroad" of Blues and Swing with an explosive energy. The trio plays original songs talking about what Ady knows the best : being a woman. After 2 years on the road playing in the greatest vintage festivals of France, Ady & The Hop Pickers is now definitely part of the French Rock'n'Roll scène! Approved by dancers! 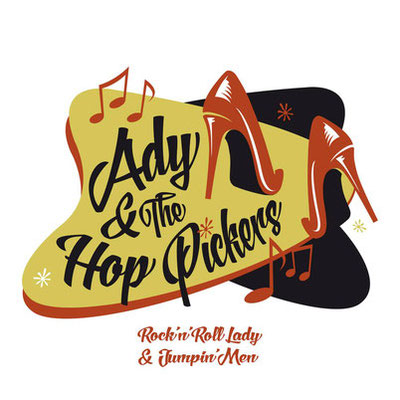 THE RUMBLING CATS is a Rockabilly band from the North of France. Created at the start of 2020, It is composed of Germain on vocals and guitar, Daves on double bass and Corentin on drums. Our source of inspiration comes from a musical heritage of the 50's 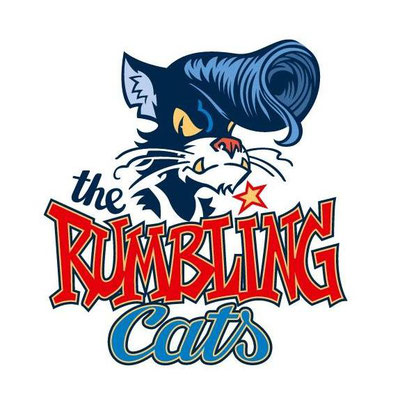 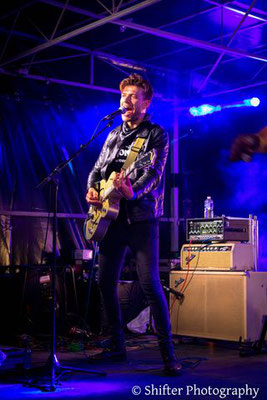 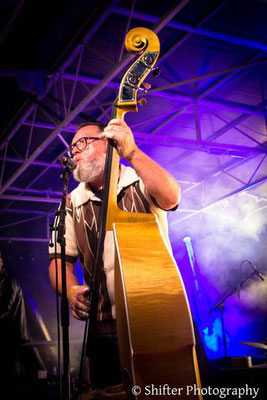 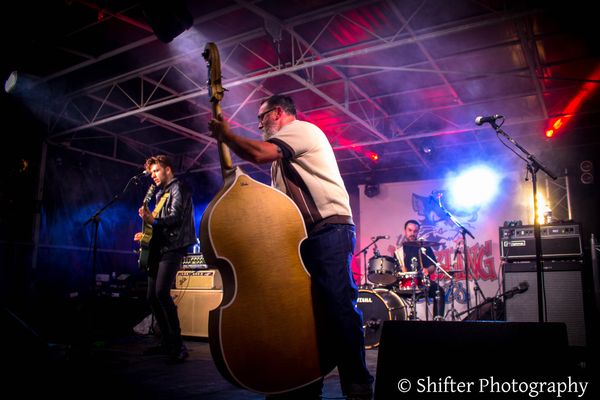 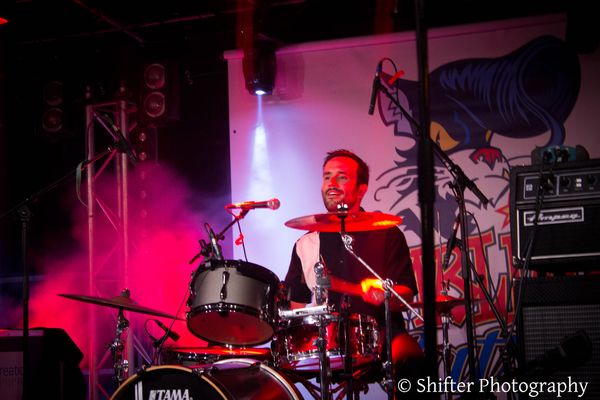 LOS HOT TAMALES is Cecilya's Parisian band. Pure 50's rhythm'n'blues &  rock'n'roll to make you dance the night away. From sunny Barcelona,  Cecilya brings a bright and energetic staging combining original songs  and covers that will make you feel as if you were traveling back in time  to a party in the 1950s. The "rockin 'lady", who used to tour alone  around Europe & Latin America after singing in The Voice Spain (2017),  now is always accompanied by her group of french all-stars. 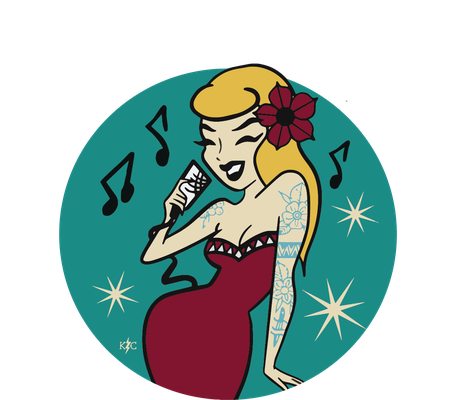 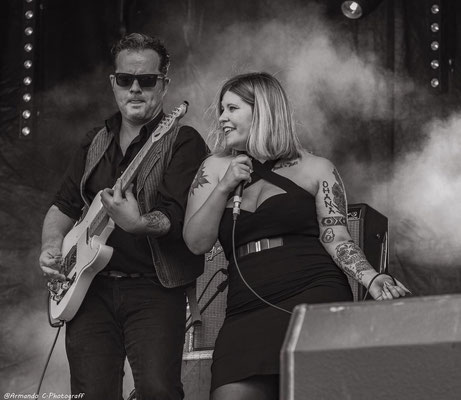 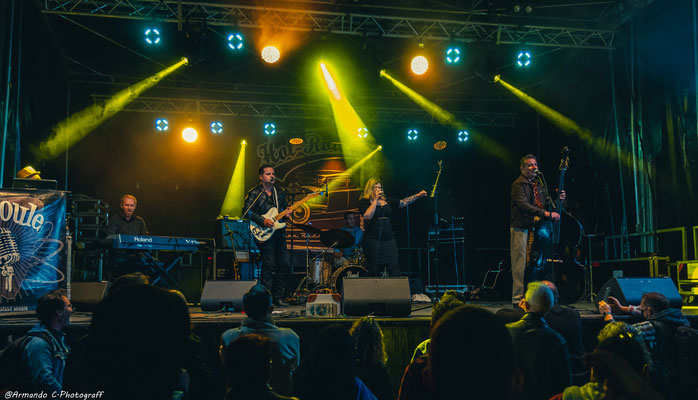 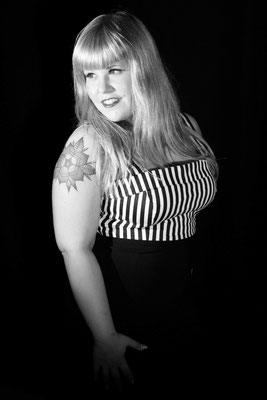